Simple Minds have just announced a special second show at cinch presents Edinburgh Summer Sessions on Saturday 13th August at Princes Street Gardens, Edinburgh where all profits will go to UNICEF for children in Ukraine.

As one of Scotland’s biggest bands and musical exports - having sold over 60 million records worldwide and number one singles on both sides of the Atlantic - Simple Minds will now play two shows under the backdrop of Edinburgh Castle this August – on 12th & 13th August 2022.

This second show on 13th August will not only be a special show to raise money for UNICEF, Simple Minds, who are celebrating 40 years of hits this year, will also play the whole of their much-loved and revered New Gold Dream album as well as some of their well-known hits like “Don’t You (Forget About Me)” and “Waterfront”.

Speaking of the new show, the band said: "We can think of no better way to bring our upcoming UK/European Tour to a climax than performing not one - but now two shows at Princess Street Gardens, Edinburgh. Maximising on that rare opportunity, we aim to make the additional show even more special for our fans by playing in full a one-off performance on Saturday 13th August of our career landmark New Gold Dream (81,82, 83, 84) plus our greatest hits. All profits from that show will go to UNICEF - FOR CHILDREN IN UKRAINE." 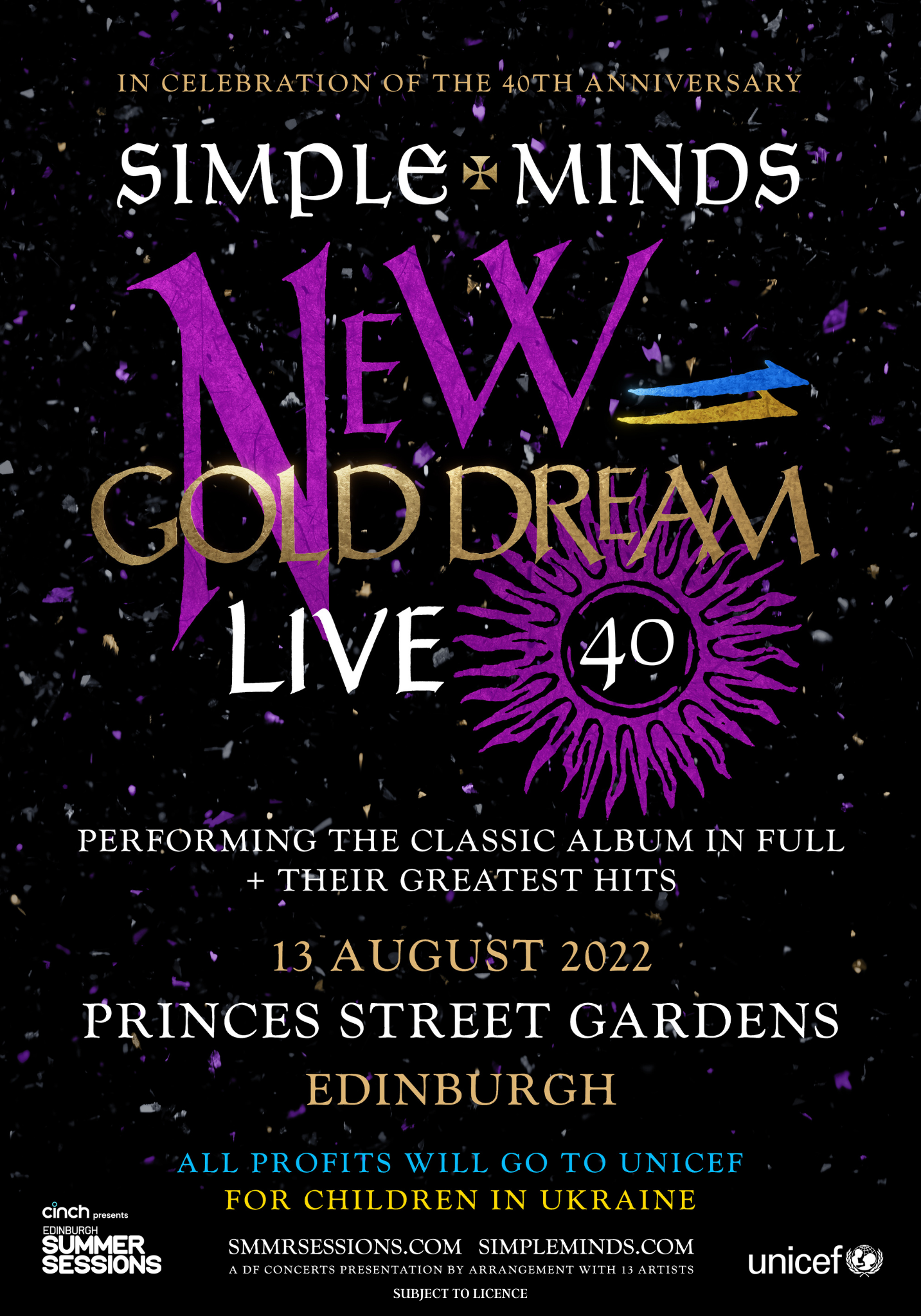